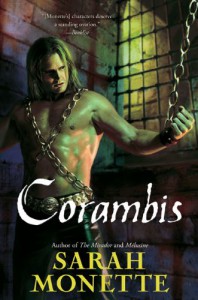 An excellent finale to Felix and Mildmay's story, although I personally wouldn't mind if there was going to be another book. Or an epilogue or something with a fluffy ending.

Compared to the third book, this one is almost simple. Normally, that is not necessarily a good thing, but the previous one was so chock full of details and history and genealogy and ghosts and stories and spies and murky shadows and unexplored hallways, that this book almost radiates with its clean, good story line. It is a relief to leave all those other people, dead or alive, behind in Melusine. Not only for the reader, but for Felix and Mildmay as well. The distance they put between themselves and their past and all the drama in the Mirador allows them to gain much needed perspective on their previous lives. Both gain the kind of insight in themselves that comes with making a new start in a new place. Sure, you carry your baggage with you, but without other people around who expect you to be who you've always been, that baggage isn't quite as heavy a burden and you have the freedom to make different choices. A large part of the story is about the main characters finding those things out.

Add all the excitement of a new country, new customs (good and bad), new politics, new characters and new technology in all its steampunkish glory and this becomes a very satisfying read.

What I need though is a map of this world. If ever a series needed a map, this is it. Milmay has maps. Why don't I get one?
Tweet