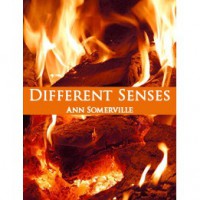 This book started out 4 stars for me. Kei was a bit saintly, but Arman was a nice character and the events were interesting. As Kei started falling apart it briefly reached the 5 star range. Nothing like tortured MCs to pique the interest. Then, when Kei and Arman get together and Kei starts healing it becomes a long, almost interminable slog. Arman wallows in guilt and atonement to the point of ridiculousness, Kei turns into a wisecracking 'brat' (hate that word) who bears very little resemblance to the Kei at the beginning or the middle of the book. I would expect his experiences to change him, but not this way, really. The Darshians are portrayed as annoyingly wise and noble and non-violent. There is barely any conflict in the second part of the book, it reads like one big, giant epilogue.

There are so many names of minor characters, animals, plants and places that it gets pretty confusing at times. We seriously have a Lord Meki and a Senator Mekus. Not to mention a Myka, Misek (also known as Mis), Mayl, Mara and a Meis. A Reji and a Reis. A town called Utuk and a town called Urshek. Twenty-six letters in the alphabet, why only use so few of them as capitals? Why we need urs beasts, jombekers and jesigs, instead of oxen, cows and horses (or whatever they are) isn't clear to me either and it doesn't make the story any clearer either.

It says the paperback has 342 pages (it's 19500 locations on my kindle). I find that hard to believe. It feels like 600 at least. This book needs a great editor to have about 1/3 cut out of it. And to tell the author to pick another letter to start the next person's name.
Tweet